Growing up in California as a teenager, Rick Neal had career ambitions. They just weren’t the ones his parents hoped for. 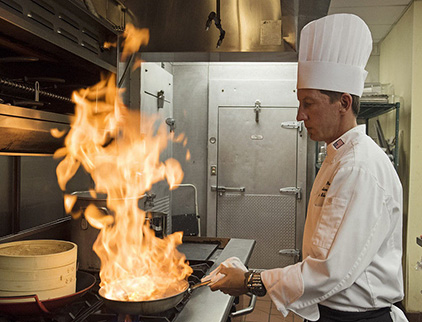 When he was sixteen, he announced to his mother he wanted to become a tattoo artist. “Absolutely no way,” she said. Two weeks later, he told his dad he planned to be a motorcycle mechanic and got a similar response. When Rick got over his disappointment in a few weeks and seemed ready to listen, his father approached him with another idea. “Everyone has to eat. How about culinary arts?” he suggested.

Rick moved to Dallas at eighteen and began culinary school. His first class was Sanitation, taught by Chef Mark Schneider. “And the rest is history,” he recalls. Although Rick did not complete his course of culinary training, Schneider was a tremendous motivator and positive influence. “I completed the school of hard knocks, then worked my way up,” he says.  His early education, both early on and over the years, has come through the generous mentoring of Schneider and others including Patrick Mitchell, Jack Bretzke and Jackson York.

“Jack Bretzke lived around the corner from the club I was working at. I’d call him up and he was there within minutes,” says Rick. “And Patrick Mitchell was the same way. I got his number through the grapevine. He’d return my calls within 2 or 3 minutes.”

Until recently, the position that defined Rick’s career was his 11 years as executive chef at Eagle’s Bluff Country Club in Bullard on Lake Palestine. “I was fortunate to have done a lot of traveling. At the club, I shared my experience with different cuisines by ‘cooking around the world,’” he says. The country club setting also ingrained in hm a sense of the total guest experience.

After being in the same position for over a decade, Rick was looking to make a change. He was offered a position in California, but told his prospective employers he wanted to stay in Texas. He and his wife were living in Bullard at the time, and she wanted to move to Tyler. 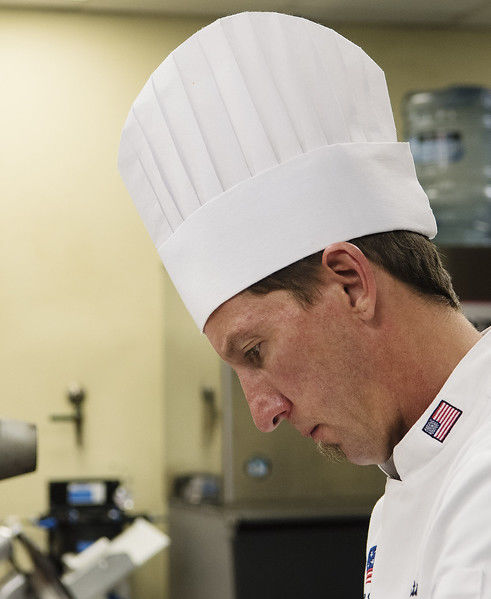 Through the East Texas Chapter of the American Culinary Federation’s Texas Chef Association, Rick learned of the plans for a new entertainment and dining concept in Tyler. “I came to talk with them about their kitchen,” he says. “They talked to me about their vision for the venue, but I wasn’t interested in becoming part of the project.”

“A couple of days later they called to offer me the job. I still wasn’t quite sold on it, and told them they couldn’t afford me,” Rick remembers. “But then they called again, and as it turns out, yes they could.” Rick is now all in, and his excitement about joining Times Square Grand Slam is easy to see.

“We’re really making headway. Plumbing is going in, and we’re working on catering,” he says. Catering is just one of several service areas he will supervise as Senior Executive Chef and Director of Culinary. Also there will be grab-and-go, a high-end steakhouse and fine dining. As the project progresses, an outdoor area for barbecue will be added.

Foodservice will be just part of the concept. Project developers are expanding a single strip-mall theater space known as Times Square into a family entertainment and dining complex renamed as Times Square Grand Slam. The space added will provide room for offices, conference space and additional theaters, and grow to include spaces for rope sports, bowling lanes and two arcade levels.

As heavy as his responsibilities were at Eagle’s Bluff, Rick’s new position will stretch him even further. His supervisory staff load will be greatly increased, and he recognizes the challenge of finding sufficient competent help within the limits of the Tyler labor market. “I’m looking to have at least 30-40 people under me in the kitchen. Waiters and bar staff we’re still working on. Front and back of house will add to that number,” he says. In addition to sheer numbers, he adds, “Our focus for the next couple of years not only will be bringing in qualified personnel, but also getting the top personnel to be certified chefs within a year of their employment if they aren’t already.”

As if this weren’t challenge enough, Rick will be giving input on the various area menus as chefs he supervises develop their offerings. “We want to have some variety in rotation, so that guests can have something new each time they visit,” he says. His goal is to secure product within 100 miles when possible, so he is also working on relationships with local purveyors and farmers.

Rick’s personal and professional relationships provide the support he will need in his next career phase. His wife works in the industry, and understands the demands of his schedule. “She’s an amazing lady, I wouldn’t be where I am in life today without her,” he says.

Rick is also grateful for the connection and support he has received through professional associations and mentor relationships. He has served as director of the East Texas Chapter of the American Culinary Federation’s Texas Chef Association, and supported the activities of the Epicurean World Master Chef Society. “I definitely believe in giving back what was so freely given to me,” he says. “Being a chef is an awesome thing. I’m very grateful for all the help I’ve had along the way, from my mom and dad, my chef mentors and the Times Square Grand Slam company owners. This will be a whole new adventure.”