Shouldering extra responsibilities at home while his parents worked turned out to be life changing for Daniele Puleo. He cooked for his two younger brothers every single day after school. “To be honest, I kind of liked it. It made me feel like I had a purpose, which is not easy to say when you’re in your early teens,” he recalls. Daniele followed close by when his dad became involved in the restaurant business. “Once I got in,” he says, “I was hooked. Everything I know now was learned with my own eyes. It all happened naturally.”

Daniele had much to observe, thanks to the much simpler operational and management structure of those times. He started in the kitchen. “I did every single job—dishwashing, pantry, busboy, host, pretty much everything, because everything had to be done. We had no general manager, house management or maître d’,” he says.

Daniele was born in Palermo, Sicily, but from his youth had always been fascinated with stateside culture.  “I have pictures of me at 7 or 8 holding an American flag. It was more than the financial aspect—it was the way of life. I wanted to live like an American,” he remembers. So at 22 he moved to Arizona where his uncle lived, which allowed him to continue the Italian tradition of cooking and eating with family. He trained there for 18 months, but learned the most when he moved to Los Angeles and worked alongside some notable chefs, including several from Italy.

When he visited Dallas one weekend with a couple of friends, Daniele was struck by  the similarities to LA. “Except of course it was missing the ocean,” he chuckles. The biggest difference was its affordable cost of living. “I had been wanting to open my own business but LA was too expensive,” he says. He moved to Dallas and opened Daniele Osteria on Oak Lawn in 2004, and Brix Pizza and Wine Bar in 2008. In 2010, he opened a second Brix location in Roanoke.

Daniele and wife Christina sold those businesses to fund their current concept, Cibo Divino, which he describes as “a little bit restaurant, little bit market.” It melds their shared passion for great wines and Daniele’s Sicilian heritage. Located on Sylvan Avenue in Oak Cliff, Cibo Divino offers Italian specialties in a laid-back market setting with a California wine country ambience. “There’s definitely a big wine presence, because we are such wine lovers. I get to taste wine every single day, and it’s still a lot of fun for me even after so many years,” he says.

The food is grab-and-go, but the venue invites customers to linger onsite. A chef case with items prepared fresh twice a day is convenient for takeout, but informal, reservation-free seating means a table is always available for eat-in enjoyment. Other items include packaged pasta and sauces prepared in-house, as well as balsamic vinegar and other imported Italian specialty items. Another case offers cheeses and cold cuts. 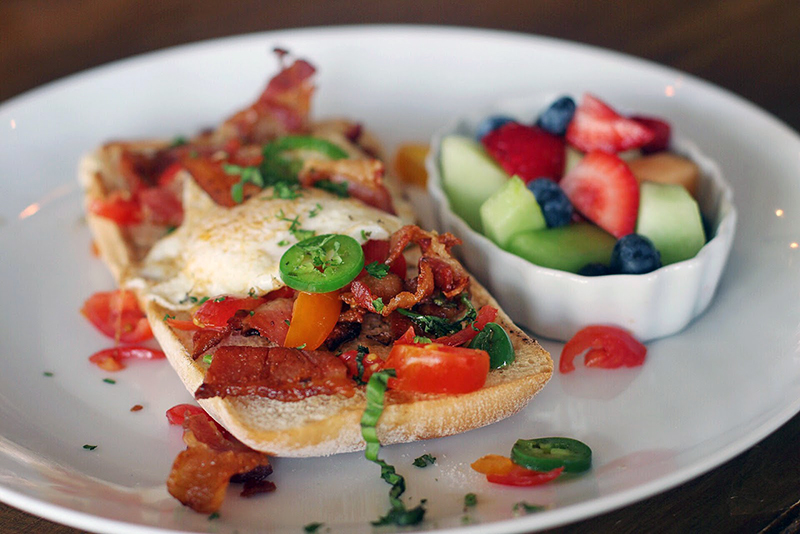 “We don’t care how long they stay, one hour or five hours. The vibe is absolutely great, and everybody is happy,” Daniele says. “When we look out and see that every customer in the place is smiling, that makes us happy. For an Italian, the biggest things are sharing food and taking care of family. With my family so far away, these customers I take care of every day have become my family.”

A second location is in the works, tagged Cibo Divino Centro. In the heart of Dallas, it will focus on efficient lunch service for downtown employees, especially the 3000 in Bryan Tower above the restaurant’s ground floor location. Ready-made items will be available, and several hot lines will serve made-to-order items. “We’re not cutting quality, just time,” explains Daniele. 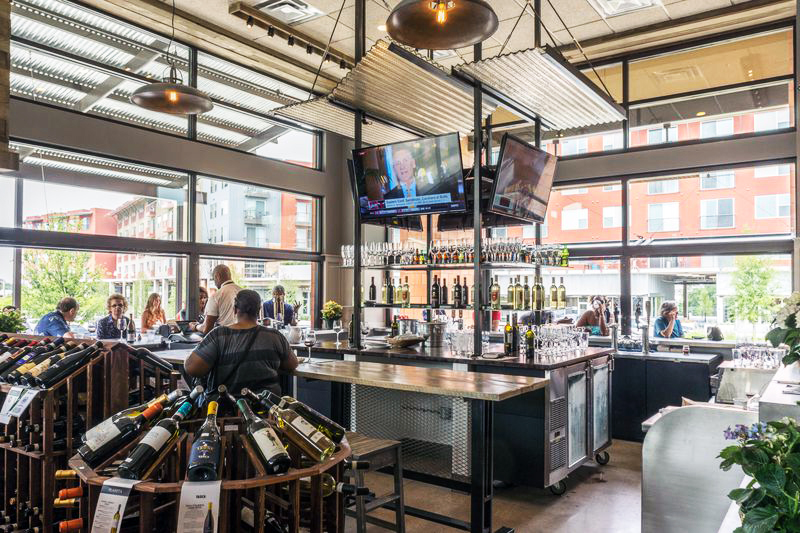 Adding the demands of planning a second location to running an already successful business keeps Daniele very busy. A typical day begins by touching bases with Cibo Divino chef Ryan Olmos, then moving right on to planning for the new venue. “Right now it’s pretty hectic. I spend about 2 hours a day hiring and training, plus working on my food prep and recipes,” says Daniele. These days, however, he’s more of a guiding hand than hands-on in the kitchen. He continues. “My role is working on recipes, and making sauces during the day. But I have guys that put everything together. I spend the afternoon taking care of wine, placing orders or finding new ones—that’s what I really love to do.”

Daniele and Christina manage the challenge of an all-consuming business by maintaining good boundaries. They each have their areas of expertise at work. He explains, “She never comes into the kitchen, and I never go into the office.” At home, they make a point of not talking about business. “You have to unwind and make space for your personal life. We walk the dogs every day, and take short getaways when possible,” he says. Each year they take a couple of weeks off to visit wineries both in the States and abroad.

Even with the possibility of a third location on the far horizon, Daniele somehow maintains his passionate enthusiasm for the whole Cibo Divino project. “It’s still fun. I told my wife, ‘If I had known how much I was going to enjoy it, I would have done this first.’”