If Chef Walter Bandt’s life had a soundtrack, it would have to include Johnny Cash’s “I’ve Been Everywhere.” He was born in Dallas, but has lived South and Central America, Europe and various stateside locations, and travelled the world. Now at age thirty-six, he’s come full circle, serving as head chef for the recently opened Bartonville Store and Jeter’s Meat Shop just northwest of Dallas.

“When I was two, I moved to Bolivia,” Walter says. “My aunt Carusa was an amazing chef. I developed my passion for cooking when I was eight and started helping her out in the kitchen of her little restaurant.” At age 11, he accompanied his parents as they moved here and there. When he was old enough, he began to travel on his own to pursue his culinary dream, with stops in Mexico, Spain and Providence, Rhode Island.

At 27, in Chile, Walter earned an international culinary degree from the country’s leading industry program, graduating with honors. His Cunard Line internship took him aboard the Queen Mary 2, including service at a historic ceremony at Southampton, England with sister ship QE2 in 2010.

After his internship, a major South American media group invited him back to Chile to provide third-party catering for their talent. “I met a lot of people, artists like Paul McCartney, Metallica, AC/DC and Madonna,” Walter says. Next stop was Colombia where his consulting group, Gastronomic Ideas, provided setup services for restaurants, hotels and other culinary outlets. Here he also fulfilled his dream of being a credentialed university culinary instructor.

Business was going well, but when partnership frustrations hit a peak, Walter decided to close up shop and head to the US. “I always thought, if I was successful in places that were not my own country, why couldn’t I do it here, where I’m from?” he recalls. He moved to Houston and took a $15 an hour job, to learn the US industry and work his way back up. 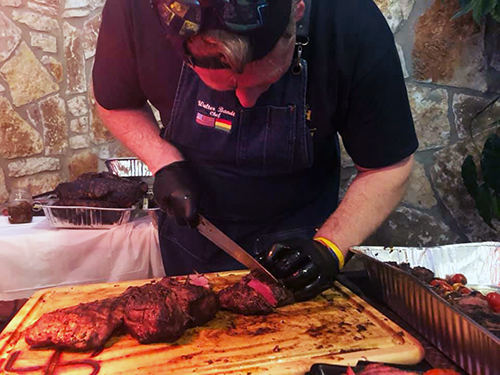 It didn’t take long. Michael Scott, executive chef for the Hunt family and driver of sales for their branded Wagyu beef program, was in town from the Dallas area for a conference. Knowing that Michael was developing a Wagyu-centric restaurant concept, his Hardie’s sales representative suggested he visit a particular hibachi restaurant featuring the specialty protein.

“I was doing consulting for them, and honestly, I kind of stuck out from their other hibachi cooks,” says Walter. “Michael asked me, ‘What are you doing here?’ and we got into a conversation about his concept. I told him it sounded interesting, and we talked back and forth for a few months. Eventually we both knew we wanted to be in this project together.” Walter now serves as head chef for The Bartonville Store and Jeter’s Meat Shop in Bartonville, located in rural northern reaches of the DFW Metroplex.

“This project has put me back into the scene where I want to be. It’s part restaurant, part retail. We’ve only been open a few weeks, but I love the dishes we’re putting out. I can mix my South American influences and knowledge of European food,” says Walter. “I have great product to work with across the board. The meat selection is marvelous, and elevates dishes to a whole different level.” 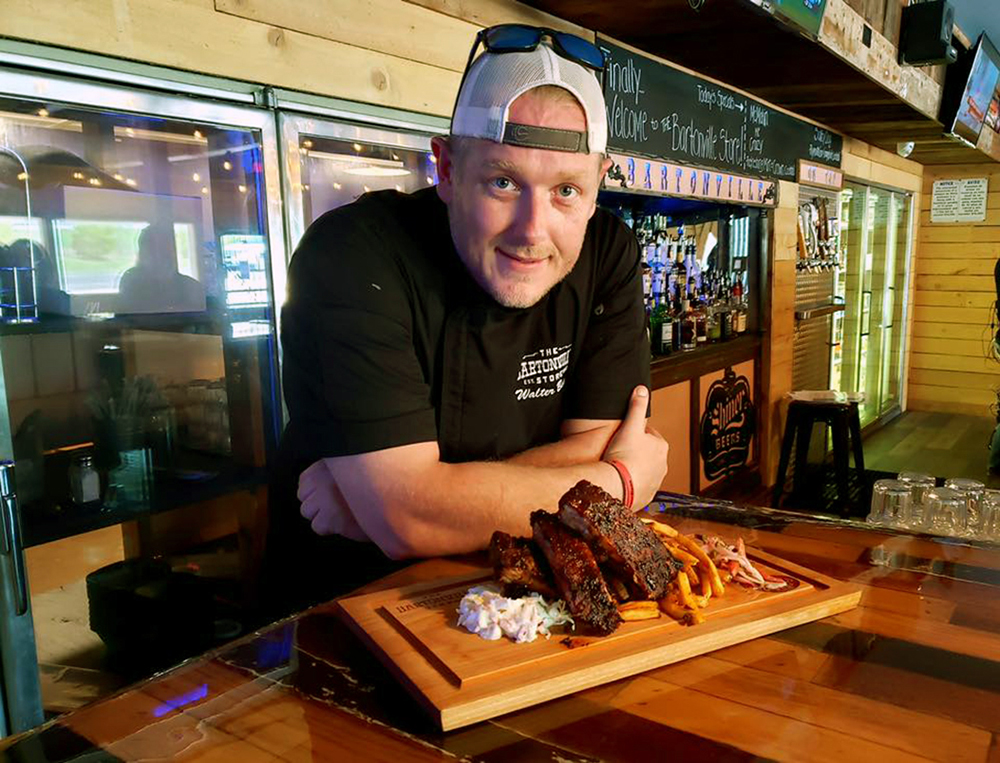 Walter’s creativity makes the most of his resources. “I’m not one to rely on recipes. A dish will tell my palate what it’s supposed to have in it,” he says. “We never send out a chimichurri I haven’t tasted first.” Those adjustments might be an unexpected ingredient or a subtle hint of another cuisine, often the Cajun influence he picked up during his high school years in Louisiana. “It’s one of the great American cuisines. It merges well with South American, and can even find its way into European,” he explains. He prides himself on making changes to dishes as he changes venues. “That pushes me to be creative, and always to get better and better,” he says.

The Bartonville Store’s retail component offers him new challenges. Prep must take into account changes in texture that will occur when patrons reheat grab-and-go items at home. “I’m using knowledge from my days in airline meal catering in Houston. Our take-home gristmill cheese grits need to start out a bit thinner than our dine-in version,” Walter says. To ensure customers’ satisfaction, he is happy to explain best methods of preparation based on their preferred cooking method, especially for steaks.

“It was a big shift for me, starting back at the bottom. But going back to chopping onions in Houston took me back to what I loved. You can be successful here, in China, or anywhere—it all depends on your mentality and desire. I don’t let comfort get in my way of seeking what I want,” says Walter.

Walter is not just returning to his career roots. Now in his mid-thirties, he is also coming back to his geographic starting point, with “I’ve Been Everywhere” now shifting to “Homeward Bound.” “I’ve been very blessed to live in many different places and cultures. But after traveling all over the world for so many years, I figured it’s time for me to settle down in one place,” he says. After finding Houston’s traffic and commute intolerable, he knows he’s found his ideal location. “Now I can ride my bike ten minutes to work through the countryside,” he says. “I can feel the breeze in my hair, see the beautiful sights, and watch the livestock. It takes me back to where I was raised in Bolivia. But now having this opportunity, living in the US in such a beautiful place—with a mall just twenty minutes away—this is definitely the best of both worlds.”