The National Restaurant Association has appointed Sean Kennedy as Executive Vice President of Public Affairs, the Association's senior-most executive in the development and execution of its multi-year advocacy strategy. A government relations leader in both the private and public sector with more than 20 years of experience, Kennedy will lead all advocacy initiatives, federal and grassroots lobbying efforts, and policy economic analysis for the $863 billion restaurant and foodservice industry. He will also lead the Association's litigation strategy through the Restaurant Law Center. Kennedy joins a strong and seasoned public affairs team and will work to advance the priorities of the restaurant industry. He will report to Dawn Sweeney, President & CEO of the National Restaurant Association, and will step into his role mid-June. 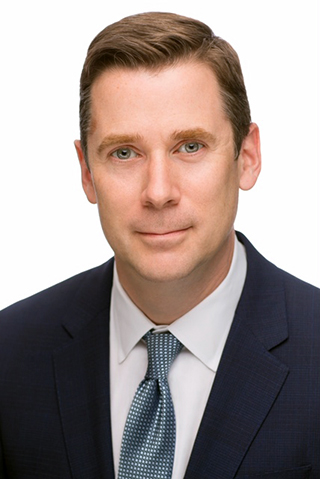 lead our industry's public affairs efforts," said Sweeney. "Sean is a proven government relations executive who understands the nuances of the policy-making process. His experience advocating for a large and complex industry will be a valuable asset to our members as he engages on the myriad issues affecting our industry and America's workforce."

"I am excited to join an industry that is such a jobs-creating engine for America and a vital part of our country's way of life," said Kennedy. "Dawn has assembled a best-in-class team, and I am ready to work with them to advance the restaurant industry at such a critical time."

Kennedy has most recently served as Senior Vice President, Global Government Affairs for Airlines for America (A4A), the trade association representing the leading U.S.-based passenger and cargo airlines, where he achieved a series of bipartisan legislative victories amidst a divided Congress. A veteran public servant, he has held several key positions, including Special Assistant to the President in the Office of Legislative Affairs at the White House, Chief of Staff to former U.S. Senator Claire McCaskill, and Legislative Director for former Congressman Richard Gephardt. Kennedy also has private sector experience, having served as Assistant Vice President, Federal Relations at AT&T earlier in his career.

Kennedy earned his Bachelor's degree in Political Science from Emory University and his J.D. from the Columbus School of Law at the Catholic University of America.

Founded in 1919, the National Restaurant Association is the leading business association for the restaurant industry. For more information, visit restaurant.org.