The National Restaurant Association and its Educational Foundation unveiled  their new slates of board officers and directors.

Dawn Sweeney, President and CEO of both the National Restaurant Association and the Educational Foundation, said the organization's new board officers would provide the critical leadership necessary to ensure the restaurant industry's continued growth and success.

"This year's Chairs, Joe Essa and Geoff Hill, bring years of experience and passion for our industry to their new roles," she said. "Their first-hand knowledge and dedication will provide valuable insights that will help the Association and Foundation navigate the challenges our industry faces."

In addition to Essa, Vice Chair Melvin Rodrigue, President and CEO of Galatoire's Restaurants, and Treasurer Brian E. Casey, President of Oak Hill Tavern and the Company Picnic Company, will lead the Restaurant Association's board.

Each of the officers will serve out a one-year term. The following is the list of 2019 board officers for the National Restaurant Association and the Educational Foundation: 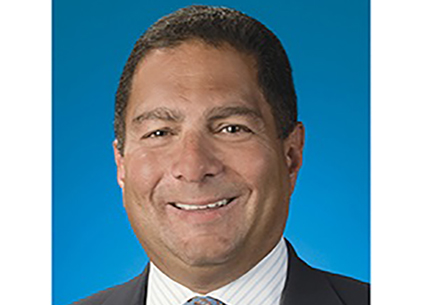 Chair: Joe Essa is President and CEO of Wolfgang Puck Worldwide, where he leads the company's initiatives to grow its casual-restaurant and consumer-products businesses. Before that, he served as Vice President of Operations at TOSCORP, a New York City-based, fine-dining Italian restaurant group. Essa also founded restaurant companies in North Carolina and Connecticut. He is a Boston College graduate, with a bachelor of science in accounting and finance, and is a Certified Public Accountant. 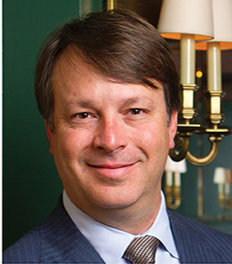 Vice Chair: Melvin Rodrigue is President and CEO of Galatoire's Restaurants, located in New Orleans. He has dedicated his career to cultivating the traditions and experiences of one of America's grandest fine dining institutions, Galatoire's, in business since 1905, and a showcase for New Orleans as a world-class-dining destination. Under his leadership, Galatoire's iconic, flagship restaurant was named the James Beard Foundation's Most Outstanding Restaurant in the United States in 2005. Rodrigue also serves as President of New Orleans' Ernest N. Morial Convention Center. He is a past President of the Louisiana Restaurant Association as well as a Director of the New Orleans CVB Board. 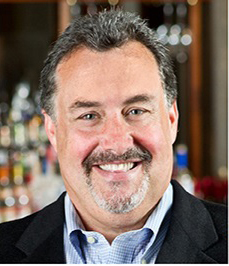 Treasurer: Brian E. Casey is President and Owner of North Kingstown, R.I.-based Oak Hill Tavern and the Company Picnic Company. A 35-year hospitality industry veteran and lifelong resident of Rhode Island, he has deep roots in his local community. He was Chairman of the Rhode Island Hospitality Association, and in 2013 named their Restaurateur of the Year and Caterer of the Year in 2008. A graduate of Rhode Island College, he earned a bachelor of science degree in political science.

The Restaurant Association also added several new members to the board. The newly elected directors include:

Chair: Geoff Hill is Managing Director of Roark Capital Group, which owns 25 restaurant companies covering 23,000 locations worldwide. He is involved in sourcing activity for franchise and multiunit acquisitions as well as portfolio management for several of Roark's Restaurant investments. Previously, Hill was President of Cinnabon, a Roark-owned company. He attended Cornell University's Hotel and Restaurant School, and started his hospitality career at the Bristol Hotel Company.

Vice Chair: Stan Harris is President and CEO of the Louisiana Restaurant Association. Before that, Harris spent 27 years with TJM Restaurant Management, which was the largest franchisee of Ruth's Chris Steak House, including stints as President and CEO of the firm. In 2007, he became CEO of the Forefront Group, North America's largest supplier of golf accessories. Most recently, Harris was managing partner of The H Group, a management advisory firm focused on business-process improvement and team development, serving family businesses and entrepreneurs. He is a past President of the Council for State Restaurant Associations and Director on the New Orleans CVB Board. Harris graduated from Louisiana State University in Baton Rouge.

Treasurer: Susan Adzick is Senior Vice President of Sales and Strategic Relationships for the McLane Company's foodservice division. She is responsible for $15 billion a year in revenue and provides strategic direction business development and customer relationship management for 34 restaurant brand customers. She also is active in the foodservice industry, serving as 2018 Chair of the Women's Foodservice Forum, as a National Restaurant Association board member, and on the Restaurant Leadership Conference's Advisory Council and Executive Committee. She started her foodservice career with PepsiCo Food Systems. She received her undergraduate and postgraduate degrees from Vanderbilt University in Nashville, Tenn.