The National Restaurant Association honored and celebrated the life of Ella Brennan, the legendary Louisiana restaurateur and owner of the renowned fine-dining restaurant, Commander’s Palace, who died May 31 at age 92.

The matriarch of New Orleans’ renowned Brennan family of restaurateurs and the city’s culinary resurgence, she helped launch the careers of many notable chefs, including Emeril Lagasse, Frank Brigtsen and the late Paul Prudhomme.

The Association remembered Brennan as a true pioneer of the industry, and noted that she helped make New Orleans the dining destination it is today.

On social media, Lagasse emphasized Brennan’s impact on the restaurant world and his own career. Saying he was heartbroken over the loss, he called her his mentor and “the grande dame of our business.”

Known in the industry as “Miss Ella”, Brennan was 18 years old when she started her career at Vieux Carrè, her brother Owen’s Bourbon Street restaurant. Eventually, she would go on to become one of her city’s most prominent and successful restaurant operators.

A New Orleans native, Brennan was instrumental in putting Creole cuisine on the culinary map. She did not cook, but was one of the industry’s most successful restaurateurs. At the time of her death, her branch of the family owned and operated 14 restaurants in New Orleans and one each in Houston and at Disneyland in Anaheim, Calif. She treated the dining experience as a theatrical production, but instinctively knew that the food was the star of the show. To that end, she was an early supporter of local ingredients and the American cuisine movement. 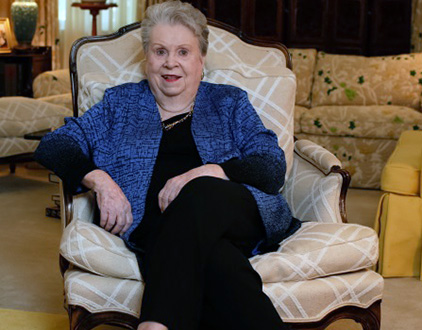 Brennan is survived by her children, restaurateurs Ti Adelaide Martin and Alex Brennan-Martin, her sister, Dottie, and two grandchildren. Her nephew, Ralph, and cousin, Dickie Jr., are National Restaurant Association board members.