Restaurants that struggled to survive the pandemic are now worried they could close their doors for good after the Senate effectively killed legislation that would have provided more funding.

The Senate in May failed to advance the Small Business COVID Relief Act, which included $40 billion to refill the Restaurant Revitalization Fund (RRF) set up by a separate relief bill in March 2021.

Restaurants argued the new money was necessary because nearly 177,000 restaurants that applied for funding were left out of $28 billion in grants sent to just 105,000 restaurants.

Now those restaurants have little hope of getting additional funding from Washington, where Republicans in the House and Senate are skeptical of additional relief money. They say much of what has already been authorized by Washington has yet to be spent, and they are not in favor of providing more taxpayer money at a time of rising inflation.

Sen. Mike Braun (R-Ind.) said after the vote the federal government needs to “stop contributing to Biden’s inflation crisis by spending more money we don’t have,” while Sen. Ted Cruz (R-Texas) said after the vote he would support the bills in the future if they were paid for by “already authorized and appropriated COVID-19 relief funds.”

Diana Staley, owner of Reverie Kitchen in Connecticut, spent nine weeks ahead of the vote meeting with senators. She said the bill could be reconsidered but Republicans will most likely only support it if more unspent COVID-19 funds are repurposed to pay for it.

Only $5 billion in the bill came from unused funds from the Paycheck Protection Program (PPP), a pandemic-era program that provided small businesses with loans to pay for their payroll and other costs such as mortgages and rent.

“They’re not looking at this for what it is,” Staley said. “Restaurants contribute more than $900 billion to the economy, growing by $36 billion every year. This legislation allows restaurants to recover from the pandemic and grow and hire more people, and that growth will end up being a multiple of what this bill amount is.”

Some Democrats also were skeptical of the most recent draft of the bill, though they still voted to debate it. But that could lead to problems down the road if it was brought back. 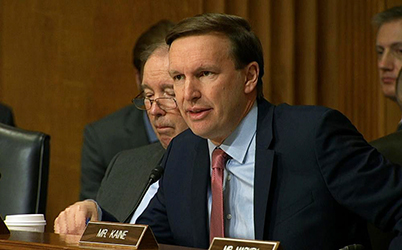 Sen. Chris Murphy (D-Conn.), for example, said after the vote it was “too expensive and does not have enough guardrails on how the money will be spent.” He said if it is reconsidered, he will help insert key changes. An aide told The Hill he was “concerned how funding will be disbursed.”

The list of restaurants that initially received grants revealed that 1 in 10 RRF restaurants belonged to a large franchise, despite some rules and limitations, according to an analysis by the food publication Counter.

It also showed that just a small fraction — 5 percent — of restaurants received nearly 40 percent of the previously allocated $28 billion.

The chance at reviving the fund sparked hope in Ruth Gresser, the owner of Pizzeria Paradiso in Washington, D.C.

Gresser was one of the nearly 3,000 restaurant owners whose grant approvals were rescinded after a federal court issued an injunction ruling the Small Business Administration’s 21-day period to prioritize women, minorities and other socioeconomically disadvantaged applicants was unconstitutional.

“Congress doesn’t seem to care about it, or not enough senators, and suddenly it’s more important they draw this fiscal line,” Gresser said, adding that she’s cut her staff by 60 people with four of her five locations still generating less revenue than they were in 2019.

Before their approval was rescinded, owners of Goosecup in Leesburg, Va., planned to use the funds to pay staff members and their debt. They couldn’t apply for PPP loans — eligible restaurants could apply for both with the risk of receiving a lesser RRF grant — because their restaurant opened after the cutoff date of February 2020.

“We’re at this point now where we got a sizable amount of debt, a little bit more than we would’ve gotten from the RRF,” the owner said. “Almost every month, we’re having to put more and more debt in, and at some point we have to step back and say, ‘Is it worth it?’”

Washington restaurant owner Jill Tyler lobbied with the Independent Restaurant Coalition after her restaurant Tail Up Goat received an RRF grant but her bar Reveler’s Hour didn’t. Her bar hasn’t been able to keep up with generating revenue to pre-pandemic levels — especially with new COVID-19 strains and surges — and is only open half the hours it used to be.

“We’re going to see main streets get sad,” Tyler said. “What we have seen close won’t be even a fraction of what’s coming.”

Staley, the Connecticut restaurant owner, said she’s still meeting with lawmakers despite the major setback, but even if there is reconsideration of the bill, she’s not sure it will be moved at a rapid pace.

“Many members are distracted by so many issues that are going on and this isn’t as glamorous as some others, but this is an industry that’s steady,” Staley said.