“This is an important time for the restaurant industry, and the proven leadership of our newly-elected Board of Directors will be critical to ensuring that restaurants continue to be a place of opportunity for millions of Americans,” said Dawn Sweeney, President and CEO of the National Restaurant Association. “This year, our boards will benefit from the vast experience brought by Chairs Jeff Davis and Greg Hamer to their roles. Their insight, especially when it comes to the unique challenges facing franchisees and restaurant owners across the country, will be valuable as our industry looks to the future.” 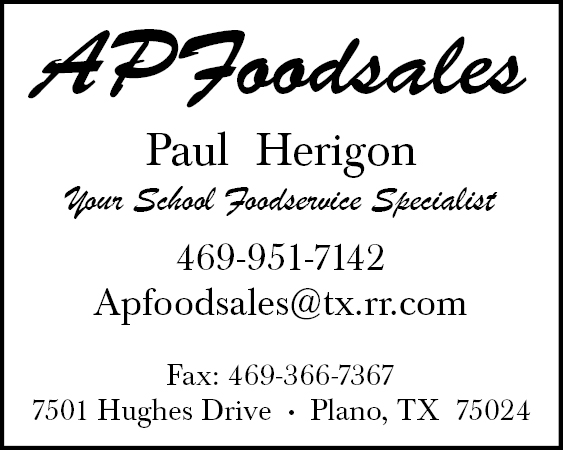 The NRA board consists of roughly 72 voting directors, representing every facet of the restaurant and foodservice industry across the nation. These leaders provide strategic guidance to the NRA in its efforts to advance and protect the restaurant and foodservice industry. The officers, who serve one-year terms, led their first board meeting this week in Santa Barbara, Calif.

Chair: Jeff Davis is chairman of Tulsa, Oklahoma-based United States Beef Corporation. U.S. Beef is Arby’s Restaurant Group's largest franchisee, with 332 restaurants in eight states. The group is also the first Taco Bueno Restaurants franchisee, with six units in northwestern Arkansas. Davis is on the board of the Oklahoma Restaurant Association and chairs the Arby’s Franchise Association.

Vice Chair: Jay Stieber is executive vice president and general counsel of Lettuce Entertain You Enterprises Inc., headquartered in Chicago. The company operates more than 40 different concepts in over 100 locations. Stieber is a past chair of the Illinois Restaurant Association and continues to serve on its executive committee. He also serves on the board of the Chicagoland Chamber of Commerce and the board of the chamber’s PAC.

Treasurer: Joe Essa is President and CEO of Wolfgang Puck Worldwide where he leads the company’s initiatives to grow its casual restaurant and consumer products businesses. Prior to that, he served as Vice President of Operations at TOSCORP, a Manhattan-based fine dining Italian restaurant group. Essa also founded restaurants in North Carolina and Connecticut. Essa graduated from Boston College with a bachelor of science in accounting and finance, and is a Certified Public Accountant.

Chair: Greg Hamer Sr., FMP, owner of B&G Food Enterprises Inc., operates 94 Taco Bell, Taco Bell/KFC, and Taco Bell/Long John Silver franchise restaurants in Louisiana, Mississippi and Texas. The business employs a workforce of more than 2,400. Hamer is a member of the Knights of Columbus and Legatus International and a board member for the Mardi Gras Krewe of Hepheastus. He also serves on the Taco Bell Foundation Board and is chair of the Community Foundation of Acadiana’s St. Mary Affiliate.

Vice Chair: Sam Facchini is co-founder/ co-owner of Las Vegas’ eight-unit Metro Pizza chain. He is dedicated to the education, growth and success of future restaurateurs and has worked for years on local high-school scholarships and University of Las Vegas hospitality scholarship programs. Facchini also serves on the board of the Nevada Restaurant Association.

Treasurer: Geoff Hill is Principal of Roark Capital Group, which owns 19 restaurant brands covering 16,000 locations worldwide. He is responsible for leading sourcing activity for franchise and multi-unit acquisitions as well as Portfolio Management for several of Roark Capital Group’s investments. Previously, Hill was the president of Cinnabon, a Roark-owned company. He started his hospitality career at Bristol Hotel Company and attended the Hotel and Restaurant School at Cornell University.