We are thrilled to announce this year's TRA Marketplace Keynote Conversation: Anita Jaisinghani & Chris Shepherd, on Monday, July 15 at 1:00 pm on the Big Bend Big Ideas Stage presented by Texas Mutual. The Marketplace is July 14-15 at George R. Brown Convention Center in Houston.

Join two well-renowned Texas chefs for an in-depth conversation on the cultural and culinary landscape of the Houston food scene. Chefs Anita and Chris will discuss how they both contribute to the culinary scene and what they value the most in their businesses and restaurants. We'll also hear about their accomplishments and how they are contributing to communities outside of Texas. You don't want to miss out on this unique conversation! 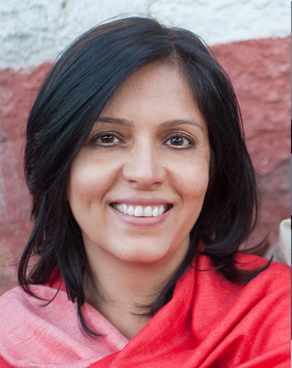 Anita Jaisinghani, the chef & co-owner of Pondicheri, was born and raised in India and is of Sindhi descent. She began her culinary career with an out-of-home catering business & selling chutneys through Whole Foods.

Her first restaurant job was at the famous Café Annie, where she worked in the pastry department for 2 years. Following her time at Café Annie, Anita opened Indika in 2001 serving deeply personal dishes that illustrated her desire to portray Indian food in a new light. Pondicheri, followed in 2011, expanding with the opening of the Bake Lab + Shop in 2014 & it’s first out-of-state outpost in New York City in the summer of 2016. With all of her kaleidoscopic menus, Anita combines the complexities of Indian cuisine with leanings toward the ancient body of wisdom of Ayurveda, the magic of spices & the goodness of fresh, local ingredients.

Chef Chris Shepherd has helped change the landscape of the Houston culinary scene. After opening his first restaurant Underbelly, Chris was named one of the 10 Best New Chefs in America by Food & Wine in 2013 and the 2014 James Beard Award for Best Chef: Southwest.

Chris' foundation Southern Smoke has donated $1.3 million to the National MS Society and to those in the food and beverage industry in crisis.

Excited? So are we! To register, go to www.tramarketplace.com.