In Dallas’ lively Lower Greenville district, five partners offer an eclectic glimpse of yesteryear at the Blind Butcher restaurant and bar.  Footsteps sounding on the vintage hardwood floor suggest the charm of a European inn. Inside, the north wall bar is classic western tavern, flanked by a meat display case reminiscent of old neighborhood butcher shops.

The Blind Butcher’s five partners have successfully merged Old World pub charm with up to the minute, on trend beverage trends.

Operating partner Matt Tobin and partners Josh Yingling, Tony Bricker, Ryan Chaney and Chef Oliver Sitrin opened the Blind Butcher in January 2013. He says, “We wanted to have a place where you could enjoy creative food, things hand-made with a lot of care, along with a great selection of beers and whiskeys, and have a good time.” The five are clearly focused on delivering a unique experience they describe as “worldly-local.”  Flavors have been gathered from around the world but have been styled into dishes befitting a neighborhood pub.

The restaurant’s concept was sparked by a New York brewery trip through Brooklyn and Cooperstown, followed by an Austin beer and sausage dinner.  For months after, four of the partners passed ideas back and forth. “But we’re bar guys,” Matt says. So Josh brought his chef friend Oliver in to consult, and soon he was added to the team. With their vision leaning more to the food side, the partners came to rely heavily on Oliver’s expertise. “I don’t have that drive or skill level,” Matt continues, “so if you’ve got a guy who can do it, let him do it and get out of the way.”

The result is Blind Butcher’s ever-changing menu, presently numbered as Lunch #003 and Dinner #11. Under the Snacks heading are pastrami egg rolls with house-fermented sauerkraut and a dollop of homemade mustard. Four different ‘Boards for Sharing’ allow patrons a taste of local farm stock served in traditional charcuterie fashion.

Chef Oliver readily acknowledges the contributions of colleagues Brian Bell, Tina Miller, Tavon Burrow and Frick Chanthorn. “All of our chefs--we make the menu together,” he says. The Butcher’s menu reads like a roadmap of their collective global travels.  “We’ve experienced so many great cuisines as we’ve traveled.  We interpret them using as many local ingredients as we can get our hands on to make fun, creative food,” he continues.

Oliver’s culinary background is all Dallas. As a teen, he slung pizzas and made sandwiches. At 17, after he and his mother and sister enjoyed their first fine dining experience, Oliver made his way into the restaurant’s kitchen.  “My mother is English and so was the chef, and they immediately hit it off,” Oliver recalls. “My mother talked me into an apprenticeship working for $4.15 an hour under Nick Barclay.” 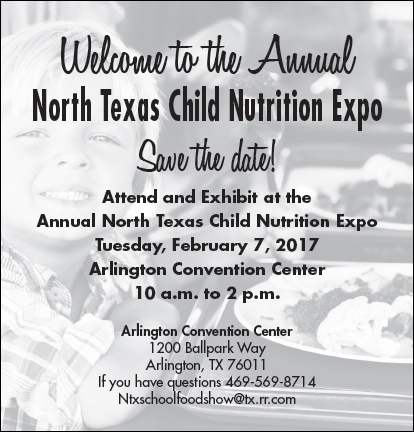 Oliver received a scholarship for the culinary program at El Centro College. He further developed his skills at Earl’s Canadian Steakhouse, Asian-fusion Tramontina, Bailey’s in Deep Ellum, and Abacus. He worked with Chef Trey Wilcox at both Loft 610 and Village Marquee Texas Bar and Grill.  During a brief hiatus, Oliver reconnected with his love of rebuilding old motor bikes. Restoring such old machinery requires saving, appreciating and efficiently using many parts, an inclination he displays at the Butcher.

Effectively managing the limited kitchen space inside the 90 year old building, he uses braised pig ears as base for smoky pork gravy for pork belly poutine. Bacon scraps are diced and added to Blind Butcher’s bacon Brussels sprouts, a listing under ‘Things on the Side’ guaranteed to get even the most resistant to relish eating their veggies.  Their commercial kitchen generates a minimal amount of waste by composting, reusing and recycling as much as possible.

Poutine choices are mushroom, pork belly or duck, all served with savory gravy and foie gras or egg as available additions.  Hand-cranked sausages introduce guests to a wide array of spice flavors.

Beer of course is a key element to the partners’ pub concept. Tapping into the microbrewery trend, the Butcher’s wide-ranging selection of regional, national and international brews will satisfy any beer lover.

“In the current beer culture,” Matt says, “nobody wants the same thing again and again. They want to know, ‘What’s new? What on rotation?’”  The Blind Butcher sources McKinney-born Franconia Meärzen as their house beer, but reserves three taps for a weekly rotation.

As their neighborhood popularity continues to grow, Blind Butcher reaches out to the larger Dallas community by supporting Meat Fight, an annual mid-November sell-out event. Four chefs not working in the barbecue field challenge each other over an open pit to smoke four different proteins during an all-night session, with judging on the following morning. “All the meat and all the time are donated with 100% of the proceeds going to the Multiple Sclerosis Society,” Chef Oliver says. “It’s a great all night party,” Matt adds with a chuckle.

The Blind Butcher’s five partners have successfully merged Old World pub charm with up to the minute, on trend beverage trends. And in the same way, their five chefs have reached across continents to marry a world of flavors and seasonally rotating cuisine under the roof of one uniquely distinct neighborhood bar.