Next time you’re down in Brownsville, watch out for the whirlwind—the one named Celia Galindo.

By four years old little Celia already knew what she wanted to do. Watching her beloved grandmother cook with passion for family and friends, she decided she would do the same.

Cel, as she is now known, didn’t waste any time. She learned all she could at home, then took advantage of a program at her Mexico City high school which allowed her to enroll simultaneously in Le Cordon Bleu. So when she graduated high school at 17, she also had their three-year bachelor’s under her belt. She earned a degree in biology and kinesiology at the urging of her grandfather, but still kept her focus on culinary and has never looked back. 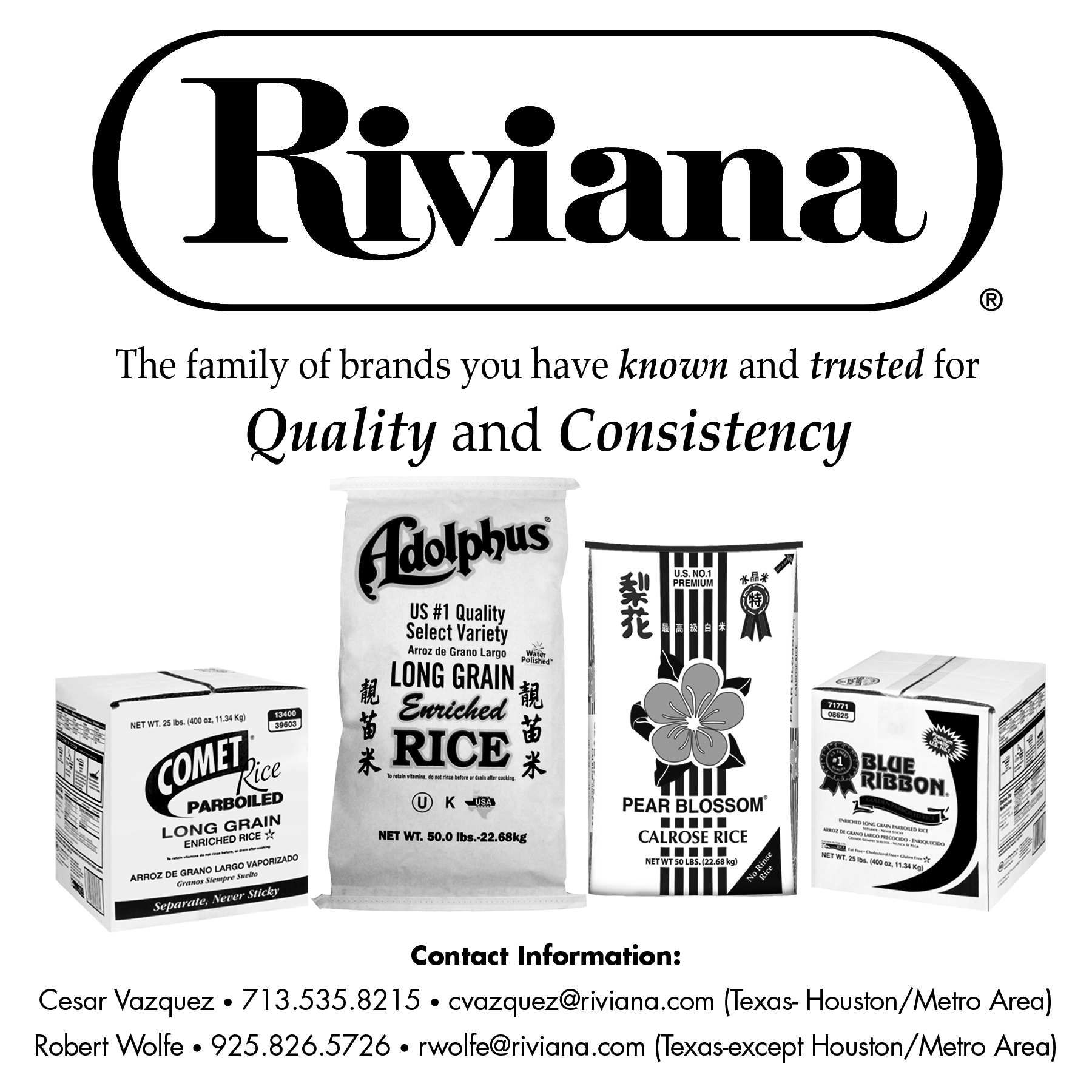 Cel married in Mexico City where her husband worked in the film industry. “That’s where l started in foodservice, providing food to performers and executives,” she says. Further work for private families and some brick-and-mortar chef trainings proved a poor fit for Cel. She kept looking for a way to indulge her love of cooking more consistent with her personality.

A happy coincidence opened her eyes to catering. She had made some sandwiches—“from the bread up, everything but the ham,” she recalls—for an event attended by the presidents of IBC Bank and University of Texas at Brownsville. “Later they wanted to know ‘Who made those awesome sandwiches?’ And that’s how it all started,” she says. By 2009 word-of-mouth referrals grew her customer base to such an extent that she formalized her business as Gourmet Central by Cel. 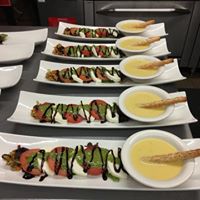 Her extensive bodega, or base of operation, includes the La Escondida Bistro and Event Center, but Cel has definitely found her primary groove in catering, where no day or client is like the next. “I enjoy not having a set schedule,” she says. Not having fixed hours as in a restaurant doesn’t mean her chosen path is easy though. “I have some days that are two hours, but I have many others that are more like 16 or 18,” she says.

Gourmet Central’s customer list includes clients as diverse as UT-Brownsville, the city of Brownsville, the local public utility board and the Chamber of Commerce. Local banks rely on Cel for corporate cocktail parties and dinners. And of course, she still serves at weddings and private parties. 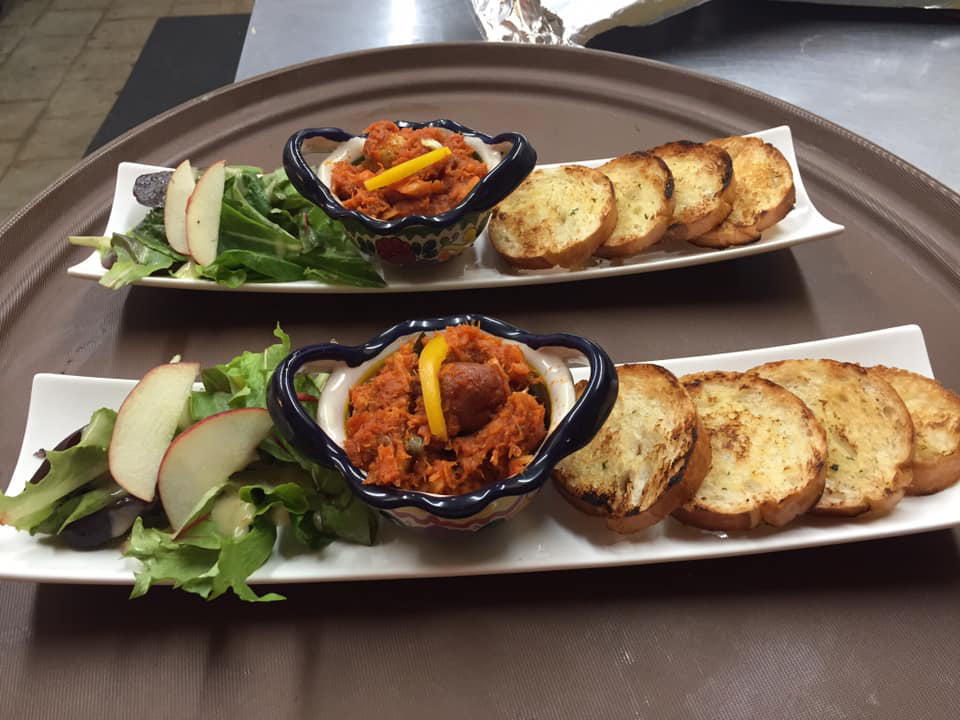 Another coincidence brought opportunity knocking again for Cel. Her brother, a pilot, asked if she could provide food for one of his VIP clients. Since then, she has provided meals for a number of international executives flying in and out of Brownsville, including Bill Gates.

Within this jet-setting client group, Cel has found another service niche. With a Yorkie of her own, she regards as family, Cel related to her customers’ love for the pets who often accompany them. So she now offers meal service for dogs and cats, along with special toys and treats.

Gourmet Central’s broad offerings set them apart in their market. “There are other caterers in town but none with our range. We can do anything a customer wants,” Cel says. In school she specialized in pastry but later traveled to Europe for French and Italian, and to Los Angeles to build her chocolatier skills. “When I graduated, rules were everything—no fusion, no changes to the recipes. Now you can mix Mexican with Chinese, or Japanese with Thai. We can do our own thing, the industry has really evolved,” she explains.

Cel’s hustle and knack for making things happen remain her real ace in the hole. “Once I got an order for 2368 French pastries, but I had no commercial kitchen at that time. It was just me and my mom, and my home oven. So I asked friends and neighbors if they wanted to take a cooking class. In exchange they loaned me their kitchens, and became my waiters.” 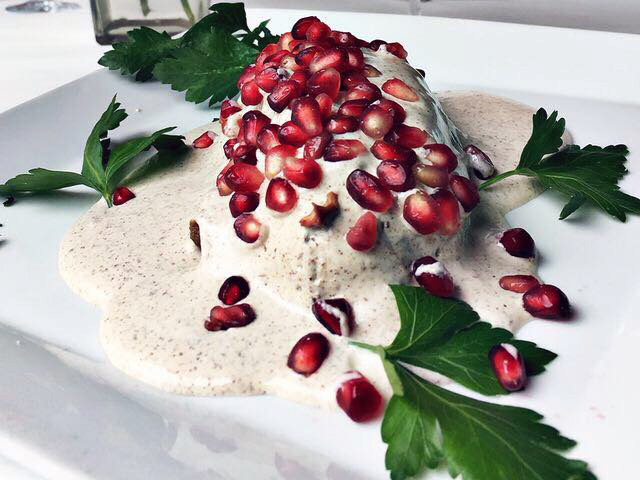 These days Gourmet Central has three chefs, an executive secretary to handle books and contracting, and a waitstaff manager who contracts additional personnel as needed. Cel employs dishwashers, “but,” she says, “we rent for any party bigger than 200—otherwise it’s not worth the staff time.” That kind of savvy decision making came via a Brownsville Chamber of Commerce program called Small Business Boot Camp. “I learned a lot about running an operation, things they don’t teach you in culinary school,” Cel says.

To maintain personal balance, Cel meshes her support network with her business, reflecting her life and work philosophies which are one and the same: “Wake up happy every morning, and surround yourself with people you love.” Ten years ago she brought her mother on board. “My mom never liked to cook but kept saying, ‘You all are having so much fun. I want a job over there.’ So now at 82 she handles all the bread and pastries,” says Cel. “We call her The Whip—she makes sure everything is perfect.” She encouraged friends from her cycling group to get their food handling permits, and they help out when she has a big contract. ”It’s great to see a bank executive, the chief of police and the Mexican governor’s right hand man all standing next to each other wearing aprons and dishing up food, having fun.”

“If I stuck to the timeline I set for myself when I was younger, I’d be retiring in about a year and a half,” says Cel. But in her early 60s, she is nowhere near ready to stop. “I should have ten more good years…if my legs can hold up,” she chuckles. “I love what I do. I like to say, there’s a little bit of my heart in everything I make.”