Many chefs trace their career roots back to a home kitchen. But Hermann Hiemeyer was drawn to the foodservice industry by watching professionals in action. As a young child, it was his mother working in a German restaurant, first as kitchen staff and later as a server, during and after the Second World War.

“After that, I became inspired by seeing chefs in magazines and on TV, working on cruise ships and in restaurants,” Hermann recalls. To make his dream a reality, however, he had to complete a three year apprenticeship program, which involved formal culinary education, along with hotel and restaurant training. After his graduation, he worked in a specialty restaurant in a five star hotel in Stuttgart. That upscale hotel in a major city offered a great opportunity for practical development, and predicted his future career path.

After a number of years moving through different hotels in Germany and Switzerland, Hermann decided to act on advice he had heard from his teachers and other professional chefs. “They told me I should move on every year to two years. Work in different cities and hotels, and with different chefs. Focus on my self-education, to grow and learn the higher positions,” says Hermann.

His first stop was the Philippines, where he and some friends helped to open a new hotel, then on to South Korea to do the same. “Each foreign country had a two year visa, so you have to either extend it or move on,” Hermann explains. But this was no problem for the developing chef, as it suited his strategy perfectly. “So you’re always moving on, increasing your learning curve and keeping your culinary journey going.”

A move to Singapore sealed his future, when he joined Hyatt for first time. After proving himself as executive sous chef there, he moved up through the ranks at Hyatt properties in Hawaii, Ohio, the Cayman Islands and New York City. In April of 1989, he moved to the Hyatt Regency in Dallas, where he presently serves as executive chef.

Chef Hermann Hiemeyer’s current position requires a demanding balance of both culinary and administrative expertise. He leads a team of professionals noted for excellence in one of the city’s premiere hospitality venues. Besides upholding the Hyatt’s exacting standards, the Hyatt Regency Dallas is located next to the popular landmark Reunion Tower, topped by the iconic sphere of the Big D skyline. 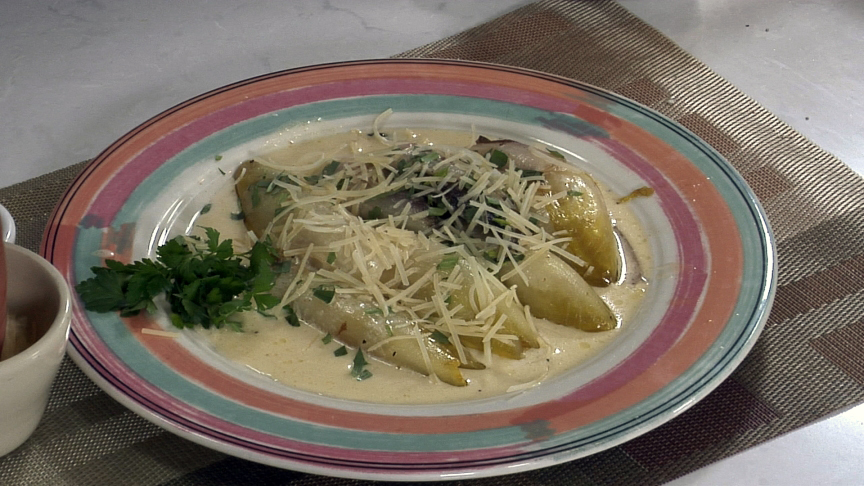 He leads a team of six sous chefs, a pastry chef, chef de cuisines and 58 cooks. He maintains creativity and quality standards for buffets and the hotel’s four food outlets, along with special events and holiday functions.

Hermann’s answer to how he manages the work load and challenges is the support of the Hyatt organization. “They take very good care of me and my education,” he says. “There is a family camaraderie in our workplace.” Wearing so many hats as he keeps an eye on the bottom line is made easier by his positive work environment and the good working relationship he maintains with the chain’s hotel chefs, financial staff and various department directors. 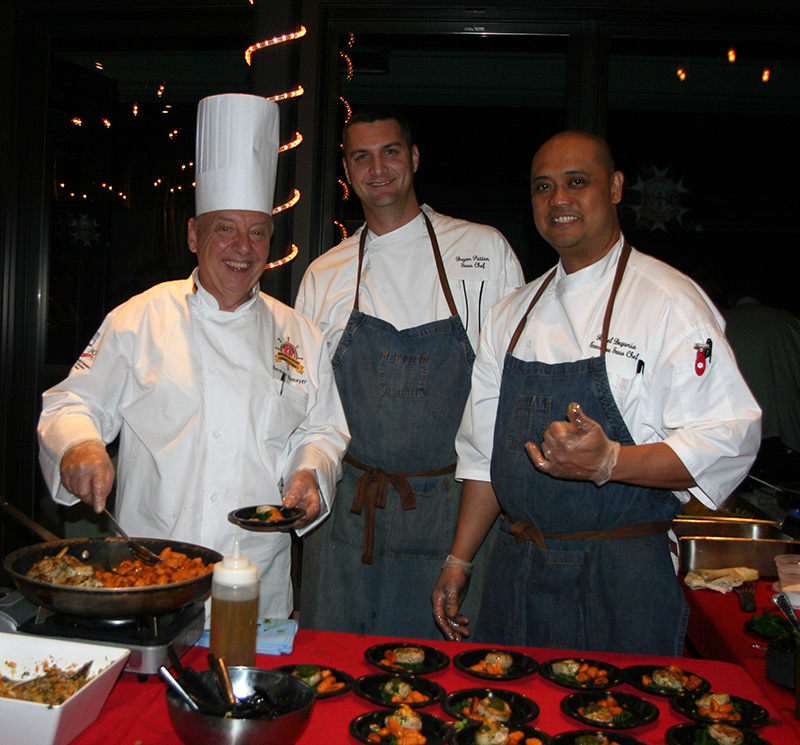 Chef Hermann is especially excited about a Hyatt menu initiative launched about four years ago and promoted by the slogan, “Food. Thoughtfully Sourced. Carefully Served.” He explains, “It’s not just good for our health, it’s good for the planet. We’re all thinking about how our menus reflect these ideas. We work with fresh local ingredients, and take care in the way we source our meats and fish.”

Chef Hermann’s personal commitment to excellence has taken him to the top of his field. However, it gives him a certain perspective on the local fine dining scene. “Fine high-end dining was at its peak in Dallas back in the 90’s just after I arrived—now it’s a challenge to support a that kind of cutting-edge cuisine environment,” he says of a city where many restaurants come and go. “Dallas has more restaurants, all the way up to Plano and Frisco—but not necessarily higher quality. I’d wish for fewer chains and a little more flair, with more focus on good cuisine.”

Chef Hermann is active in the local culinary community. He supports industry development and his fellow professionals through the Dallas Chefs Association and the local ACF chapter. He also supports the El Centro College apprenticeship program and their Bits and Bites event. He is a participating chef for the Flavors Culinary Experience benefitting the American Liver Foundation.