To learn the career history of Chef Cris Vazquez, one need look no further than the built-in bookcases along the back wall of his office at Globe Life Park in Arlington, home of the Texas Rangers. His mementos, accolades and keepsakes include a row of bobblehead figures and jerseys of Rangers past and present.  His library includes various manuals, language guides and cookbooks. Propped in front of The Nolan Ryan Beef & Barbecue Cookbook, for which he developed recipes, is a plaque of his sushi course.

Cris has made his way through a number of notable kitchens on his journey to executive chef at the Rangers’ stadium.  As a result, Cris brings to the plate a broad range of flavors, in addition to the staple beer and brat type ballpark items.

“Mama always worked and kept food interesting,” Cris says. As a child, he and his siblings grew up on traditional favorites from his mother’s kitchen, including soups, migas, and pozole, as well as creative combinations such as liver and onion tacos.

His first career step was into the kitchen at Houston’s Kingwood Country Club.  He observed the chefs closely, and soon his work attracted the attention of the head chef, who began training Cris in garde manger. 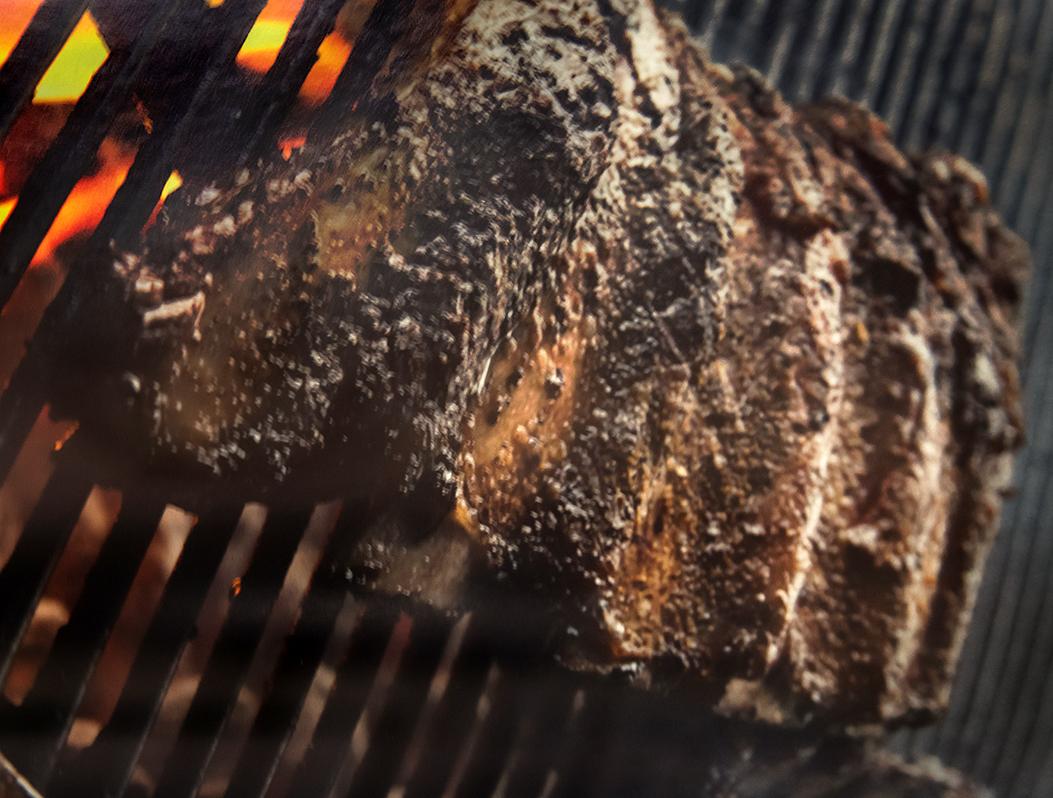 As Southwestern cuisine gained a foothold in the American culinary scene, Kingwood’s menu stayed on trend, and the chef increasingly relied on Cris for critique.  His heritage served him well, as he compared Kingwood’s flavors and combinations to those he had enjoyed at his family table. “They began doing things with black beans, corn, and goat cheese--the food I’d been eating my whole life,” Cris recalls.

As his cold food skills grew, he was invited to work under Chef Daniel Platts in Conroe, north of Houston, at April Sound Country Club.  Cris moved from the pleasant cool of garde manger into the teeth-chattering cooler as Platts introduced him to ice carving.  At the other end of the temperature scale, Cris worked the club’s hot line where tableside presentation is critical.  “We changed the menu every day. Cooking started at the back of the line, but you finished in front of the guests,” Cris says.  That experience prepared him for his current role, in which he is often found working the grill at one of the several Globe Life Stadium’s food clubs.

Cris made several career-boosting stops on his route to the home of the Texas Rangers.  From April Sound, Cris advanced to the Galleria University Club in Dallas. As sous chef under Chef Otto Spieler, Cris added classic European style to his repertoire. He gained pairing experience at the venue’s wine tastings, and Carl Haas and J. D. Worley guided him in developing the precision demanded in fine French restaurants.

After the Galleria, Cris served at area country clubs including Las Colinas, Brookhaven, and Gleneagles. As bustling as those settings were, he had to amp up his volume considerably when Robert Harner brought him to Citiplace, a major Dallas office tower development with amenities including a cafeteria serving 2000-3000, ten banquet rooms hosting corporate events and up to 200 weddings annually, and catering services. “In the 90s, it was the place to be,” says Cris.

Aided by the DART light rail transit station located within Citiplace, Cris assembled a crew to meet production demands he had never before encountered.   Seeing him equal to the challenge and noting his aptitude for numbers, organization, and design, ClubCorp sent him to the renowned six-month Star Chef Training Program.  The program’s dense three-ring binder is still within arm’s reach in the bookcase behind his desk.

With experience in country club presentation, classic French style cuisine, catering and banquets, Cris was promoted to executive chef at University Club.  The job was demanding, but he made time to serve  on the board of Catering International Association, which led to one of his fondest career memories.

Dangling a handful of lanyards, Cris says,“This is one of my favorites.” From the rainbow of credentials collected from World Series and All-Star games, he selects a blue card that reads “Salt Lake 2002.”

At the invitation of Craft Catering, Cris prepared and managed team foodservice for the 2002 Winter Olympics.  He converted a decommissioned train station into a cooking and dining facility, and supervised the action stations of three international chefs.  Now with experience serving and managing in athletic setting, he was confident and ready to respond when a food broker mentioned that the Rangers were looking for a new executive chef.

“The Rangers gave me a mystery basket as part of my practical,” Cris says. After his formidable exam performance, a job offer quickly followed.  Current menu items showcase his creativity and team leanings, including the Nelson Cruz two-foot long Boomstick hot dog, and the Beltre Buster Burger, a loaded oversized bacon and onion topped cheeseburger named for the Rangers’ third base powerhouse.

Along with the players, Cris gets a workout during every home game overseeing operations that could feed a small city. A cell phone app logs the 10,000 steps he takes ensuring that 30,000-40,000 fans are well fed. Even when not on the move he is still on his feet, manning the grill or otherwise keeping an eye on various aspects of his operation.

At the close of a game when Cris is finally able to take a break, he speaks with a heavy sigh words that apply as much to his whole career as to the event just completed. With a sense of achievement, he says, “That’s a lot of food.”