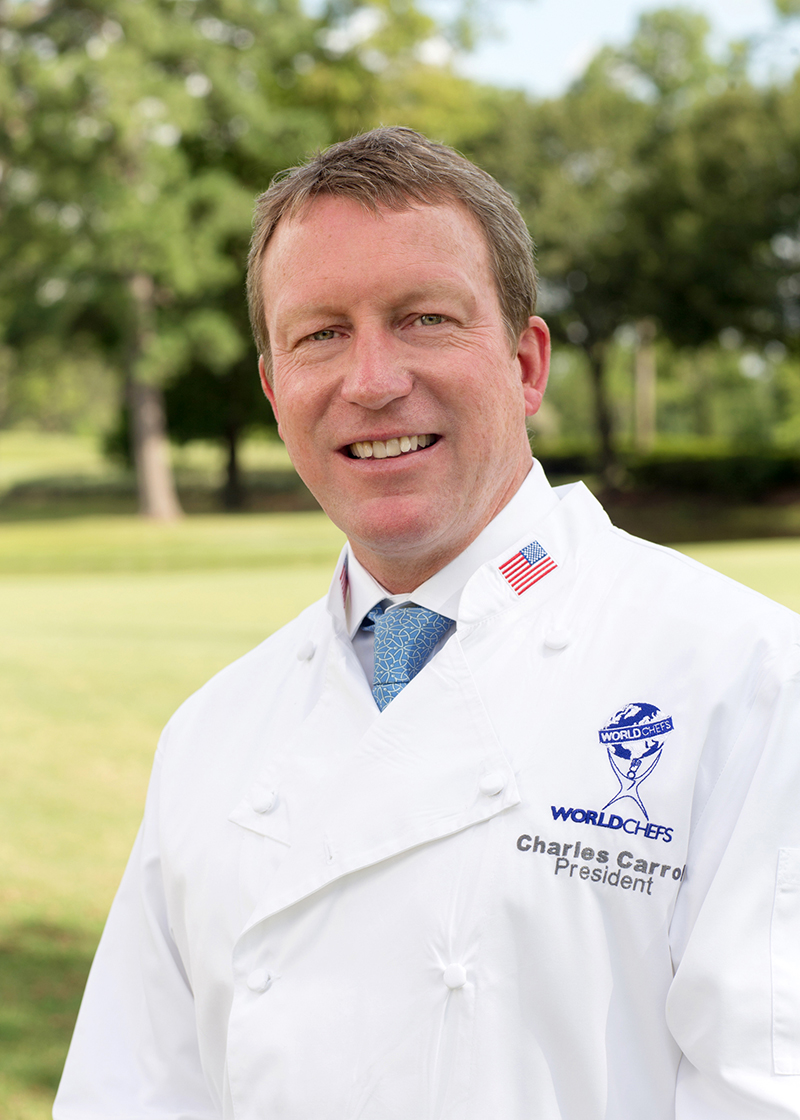 Currently Executive Chef of River Oaks Country Club in Houston, Chef Charles Carroll has stayed busy from the day he graduated from CIA, winning spots on 8 different Culinary Olympic Teams, writing books and award winning author of Leadership Lessons From a Chef, Finding Time To Be Great and Tasting Success, Your Guide to Becoming a Chef.  There is no question that the Culinary Institute of America had a huge influence on his life.  He also credits growing up at the Balsams Grand Resort Hotel as a young chef, work discipline from his mom and dad and St. Johnsbury Academy in Vermont.  “The ACF gave me the opportunities to compete internationally, represent USA and grow as a culinarian, and that alone is pretty special,” the chef commented.

In his spare time Chef Charles has managed to produce 2 tours of Operation HOT, (Honoring Our Troops), Vegas Style shows which he personally organized, raised funds for, promoted, choreographed, produced and hosted in Afghanistan and Kuwait.  In 2011 and 2013 he and his team of 20 volunteer celebrities and 10 AV technicians, along with 30,000 lbs of show gear, fed 3000 and 5000 troops respectively, a Cajun Creole meal and gave away 8000 lbs of gifts.  “It was an amazing life-changing experience I will never forget!” says Chef Carroll.

He also speaks 20-30 times a year around the country and parts of the world and most recently completed his role as President of the World Association of Chefs Society, which encompasses 105 countries and 10 million chefs.  “That was just a crazy last two years for me but I am grateful I was able to do it and had the support from my family and River Oaks Country Club.  It was a challenging and time away was difficult flying over 125-150k miles a year.  I learned a great deal and was honored and privileged to serve chefs around the world. “

So now that things have calmed down, he rests a bit right…Wrong.  “That’s the idea right… well you have to do something to keep yourself busy.  I am super excited about my third book, I’m proud to say that I am partnering with the New York Times bestselling coauthor of The Go-Giver, John David Mann. John and I started working on this a while back, but I had to table the project while I was WorldChefs president. Now we’ve finished it—in fact, it’s coming out this fall!” 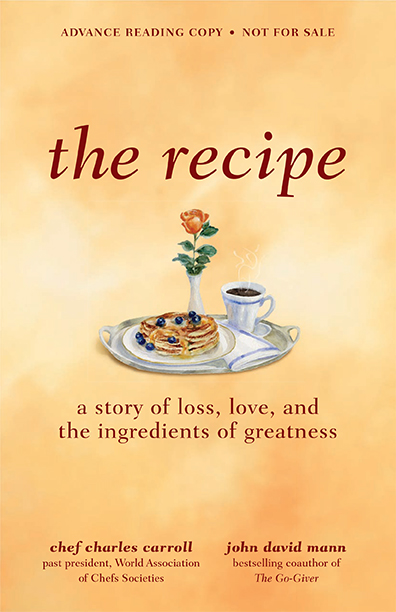 What is this one about?

“I don’t think anything like it has ever been done before. It’s a parable, the story of a young boy whose life is in a bad place, who manages to find himself and turn his life around while working in a tiny diner kitchen. There are life lessons in every chapter, and in every chapter the boy and the mentor character cook something. It shows how in cooking there are not only culinary skills but also valuable life skills—there is healing in cooking; there is discipline and character development in cooking,” explained Chef Carroll.

Where did this idea come from?

“Well, it is definitely a work of fiction. But at the same time, there are a lot of elements from my life in these pages, things I’ve seen and personally experienced. It teaches something I’ve always believed: that at its heart, great cooking is not just about making great food—it’s also about making a great life.  The scene is in New England.  My dad actually owned a diner in St. Johnsbury called Mapletown Diner.  We in fact have a couple people interested in the story becoming a movie.  Fingers crossed!” related the chef.