The Texas Restaurant Association is expanding its TX Restaurant Relief Fund, originally tasked with raising money to help operators cope with coronavirus pandemic issues, to include independent restaurants damaged by vandalism connected to the recent protests. 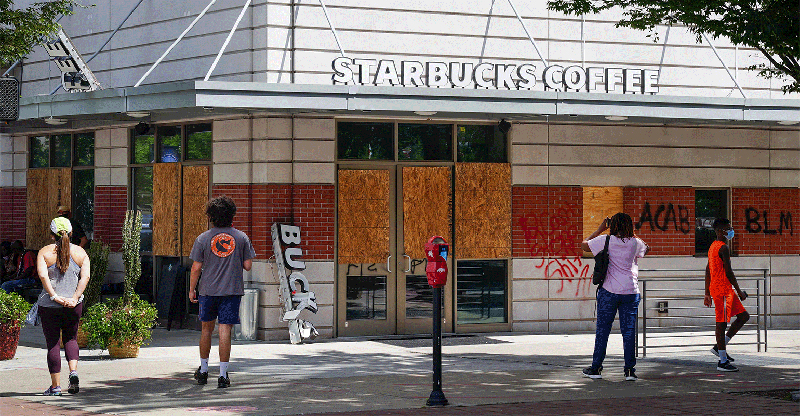 While nighttime curfews were extended in such Texas cities as Dallas and San Antonio to stem the destruction, the Austin, Texas-based trade group on Sunday said it would extend “financial support through the TX Restaurant Relief Fund to independent restaurants that have been damaged by the vandalism, looting and rioting that erupted over the weekend after George Floyd’s tragic killing.”

The association, in a media release, said “this violence is another huge setback for restaurants, bars and other foodservice businesses that are still suffering crippling losses due to the COVID-19 pandemic.”

A number of foodservice establishments were damaged or destroyed in the wake of protests in Texas and other states.

Bremer recently issued a statement condemning the vandalism. “The acts of violence were senseless, counter-productive and have created more obstacles to our recovery,” Bremer said. “We ask that our citizens respect and support the very businesses that are putting people back to work.”

The Texas association, while continuing to work toward its $10 million fundraising goal to support independent restaurants impacted by the COVID-19 crisis, said it had added a new application for businesses impacted by vandalism. It is available online at www.txrestaurant.org/txrestaurantrelieffund.

The TRA said its TX Restaurant Relief Fund, which has received donations from the public, industry-related suppliers and corporations donors, was established March 23 by the Texas Restaurant Education Foundation and, in the two months since, has raised and distributed over $2.2 million in grants of up to $5,000 each to more than 400 restaurants.

“These grants provided immediate relief to some of the hardest hit, independent restaurants throughout the state, helping them to remain open, pay their workers and in many cases, provide meals for medical, police, and fire first responders,” the association said.  “As always, restaurants sought to give back, even as they faced the worst crisis their industry had ever seen.” 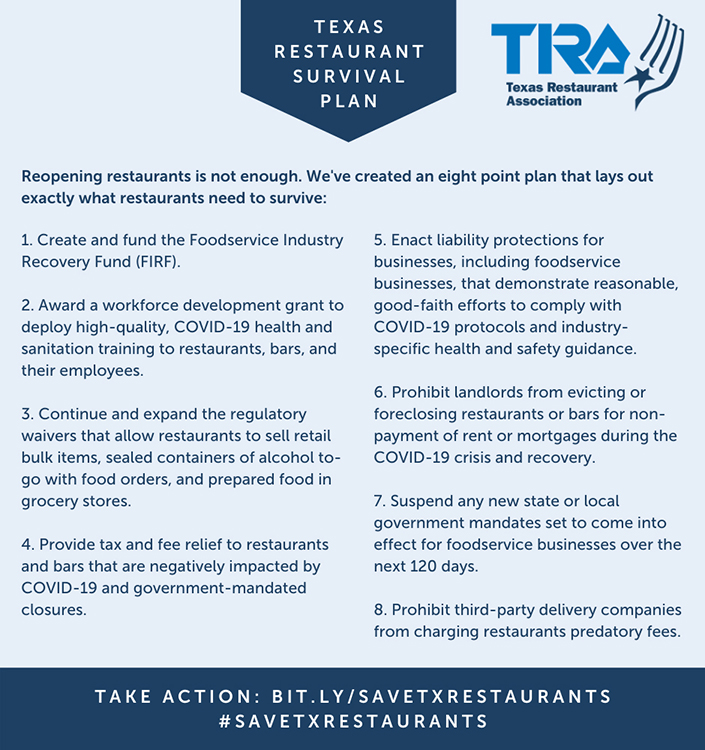