New operation to meet strong demand for chicken and expected to create more than 1,500 jobs

Tyson Foods, Inc. has accepted the invitation of city, county and state leaders to build a new chicken production complex in the City of Humboldt, which is part of Gibson County in western Tennessee. The announcement was made at a news conference hosted by Tennessee, Humboldt and Gibson County officials. 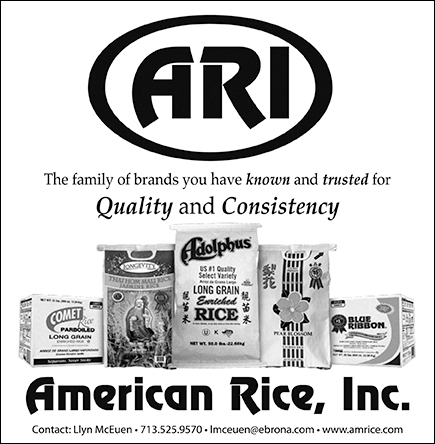 The $300 million project is expected to create more than 1,500 local jobs once the new complex begins operations in late 2019 and will help the company meet strong consumer demand for its chicken.

“This is an historic day for Humboldt, Gibson County and West Tennessee,” Humboldt Mayor Marvin Sikes said. “I want to thank Tyson Foods for their commitment to our community and region. The significant job creation and capital investment that will result from this project will have a positive impact on our community that will last for many years, and I could not be more excited about the future of Humboldt and Gibson County.”

“Many years of dedicated work from countless Gibson County citizens and volunteers have laid the foundation for the arrival of this day,” Gibson County Mayor Tom Witherspoon said. “There is not a doubt in my mind that Tyson Foods’ tremendous job creation and capital investment will have a long lasting, positive impact in Gibson County that will ring in a new era of economic growth bringing opportunity for all of our citizens.”

“Our company has been successfully producing chicken in Tennessee for more than 45 years, so we’re pleased to expand our presence in the state with this major investment,” said Doug Ramsey, group president of Poultry for Tyson Foods. “We’re grateful for the invitation to become part of Humboldt and Gibson County. The location is attractive to us because of the strong support we’ve received from state and local leaders, the existing industrial park and availability of labor, as well as access to feed grains produced in the region.”

Tyson Foods chose western Tennessee over potential sites in other states; however, company officials say some of those other sites will remain under consideration for future poultry production expansion.

“I want to thank Tyson Foods for choosing Humboldt as the location for its new operations and for creating more than 1,500 new jobs in Gibson County,” Governor Bill Haslam said. “The new facility will be Tyson’s fifth location in Tennessee and it means a great deal that a company of this magnitude will continue to grow its footprint in our state. I appreciate Tyson for its continued commitment to Tennessee and for helping us become one step closer to our goal of making Tennessee the No. 1 location in the Southeast for high quality jobs.”

This is the second major economic development project Tyson Foods has initiated in Tennessee this year. In August, the company announced an $84 million expansion of its Union City operations, which is expected to create about 300 jobs, which is in addition to the more than 1,000 jobs currently at the facility.

Including Union City, the company currently operates four facilities in the state, employing about 5,000 with an annual payroll of more than $181 million. In its 2016 fiscal year, Tyson Foods paid Tennessee farmers more than $61 million. The company estimates its total statewide annual impact for fiscal 2016, including payroll, grain purchases, utilities, property taxes and charitable contributions to be more than $313 million.

The new plant will produce pre-packaged trays of fresh chicken for retail grocery stores nationwide and is expected to process 1.25 million birds per week, increasing Tyson Foods’ overall production capacity by the same amount. The payroll and payments to farmers from the new operation, along with its purchase of grain and utilities, is expected to generate an annual economic benefit to the state of Tennessee of $150 million.

A chicken complex is comprised of a processing plant, hatchery, a feed mill and related operations. Tyson Foods will build these in and around Humboldt. The plant will be located within the Gibson County Industrial Park, just north of Humboldt and the company will contract with area farmers to raise chickens. Outside contractors will help build the project; Tyson Foods expects it will involve hundreds of workers.

“This project will enable us to provide even more fresh chicken to consumers across the country,” said Tom Hayes, president and CEO of Tyson Foods. “As one of the world’s leading protein companies, we continue to raise the world’s expectations of how much good food can do.”