Fresh oysters in the middle of the arid Texas Panhandle might seem like a stretch to most. But Rory Schepisi didn’t get where she is today by thinking conventionally. New Jersey born and bred in a food-loving Italian family, her wild ride into Texas began in 2005 as a contestant on Popularity Contest, a reality show set in the small town of Vega, a half-hour drive west of Amarillo. She fell hard not only for a certain cowboy, but also for the wide-open spaces and Texas culture. While continuing to build her strong culinary profile, the city slicker transformed into cowgirl, learning to rope and brand cattle, milk cows and break horses. 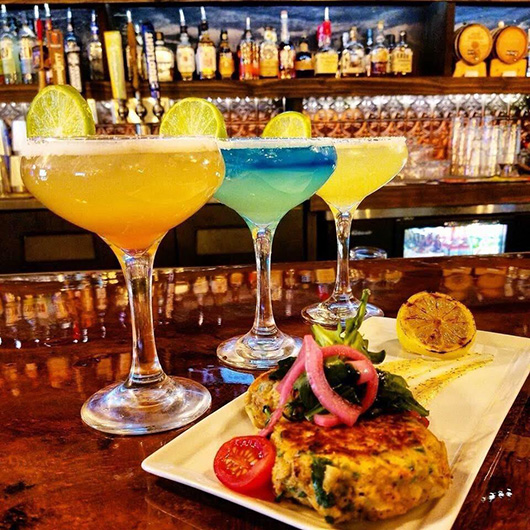 After a few twists and turns, she now owns and operates Drunken Oyster Restaurant serving up fresh fish and shellfish to land-locked diners in Amarillo. The décor brings the coast closer, with old brick, deep-toned woods and ceiling grillwork reminiscent of New Orleans’ French Quarter. Contemporary industrial-chic touches include pendant lights, polished concrete floors and metal seating, as well as a rolling library ladder behind the bar to access upper shelves of an extensive liquor inventory.

But the food, of course, is the real draw. “Really fresh seafood, in the middle of the Panhandle, is what sets us apart,” says Ashlee Webb, who has been with Schepisi since the Vega days and wears multiple hats as needed, including general manager. “We run to the airport pretty much every day to pick up our seafood,” she says. “But luckily UPS delivers our crawfish.” Their oysters are sourced from New Jersey, Long Island and Prince Edward Island, plus a few from the west coast. Crawfish comes from Louisiana.

In addition to oysters and crawfish, the menu includes shrimp, catfish, squid, snapper, clams, swordfish, salmon, lobster and alligator, in both entree and po’ boy form. Beef and chicken are available for palates leaning toward the land-based. 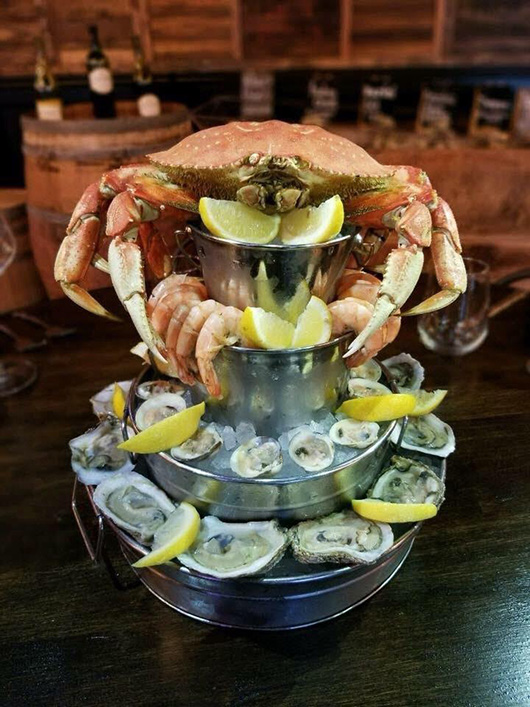 Without hesitation, Ashlee describes Drunken Oyster’s food philosophy as fresh and consistent. She adds, “Rory trained at CIA Hyde Park, and has been doing this a long time. She knows what she likes and doesn’t like. Our recipes are all hers.” Rory skillfully combines quality proteins with regional flavors, as in a recent Asian seabass with a leek and roasted maize puree, corn salsa topped off with lemon butter. Popular sides include a Cajun alfredo mac-and-cheese made with shrimp and andouille sausage in an herbed Parmesan cream sauce.

The restaurant’s singular offerings and convenient upscale location adjacent to a popular shopping destination offer advantages. But management must stay on its toes to compete in Amarillo’s crowded dining market. “You can’t walk two steps here without passing a restaurant,” jokes Ashlee. “With so many dining options are available, we have to grow our regulars through ambience and service.” The environment is laid back, and most arrive in business casual. “But,” Ashley says, “if someone appears in sweats we don’t turn them away.” A stage offers live music Thursday evening through Sunday brunch, and a patio will open as soon as finishing touches are completed. Drink and menu specials, as well as venue photos, are posted daily on social media.

Drunken Oyster also uses education to reinforce its loyal customer base. From a raw bar menu printed daily, guests learn the origins of their oysters and become aware of different flavor profiles such as “briny” and “meaty.” When the kitchen sends out a Super Tower—topped with a Dungeness crab—the chef comes tableside to pass on eating instructions.

Rory depends on a solid team to keep things running smoothly, especially when she travels as a celebrity chef and Certified Angus Beef Brand Ambassador. “She’s in the Bahamas right now, so I’m a woman of many hats,” chuckles Ashlee, who currently presides over two front-of-house managers, a bar manager and a handful of chefs in the kitchen. Supporting the chefs are a number of participants from the Mustard Street Charities Fast Track Jobs Program.

Amarillo chiropractor and rocker Jack Mustard established Mustard Street Charities to lift the local chronically homeless back into society with dignity and autonomy. Mustard Street offers application assistance, travel, job coaching and clothing to future employees, and employers like Drunken Oyster provide a permanent job and onsite meals, and develop the marketable skills clients need to secure markers of independence such as permanent housing and a bank account. 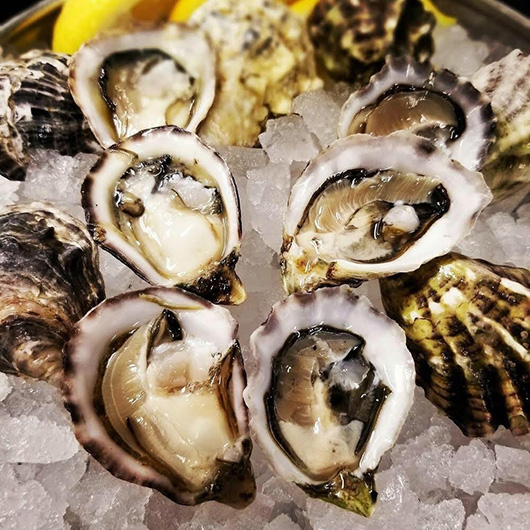 Running a successful restaurant requires great commitment, so opening a second is an even greater test. This is true not only for the well-traveled owner Rory, but also her indispensable staff. Ashlee is up to the challenge though, stating, “When we were getting ready for the first opening, I didn’t have a life. We’re about to open another location by October, so I’m doing it all over again.”

The name of Schepisi’s first Amarillo venture was a wry twist of The Drunken Clam, the preferred hangout for Peter and friends on the Family Guy television series. However the name of her second, opening this fall, is more straightforward and descriptive: Social Bar and Biscuit Company. “It is what it says—everything will be served on a biscuit,” says Ashlee. Toppings will range from savory to sweet at the new, on-trend Panhandle venue.