Armando Vera is not one to pat himself on the back. Describing his restaurant, he says simply, “We serve barbacoa. Our menu has varied some over the years, as we’ve added brisket, lamb, menudo and pork. But that traditional Mexican beef-head barbacoa is what we’re known for.” If you ask aficionados like Texas Monthly barbecue critics though, you’ll get a different take. They and other reviewers and media outlets regard Vera’s Backyard Barbeque as the high shrine of this time-honored regional cuisine, and worth every mile of a pilgrimage to Brownsville. 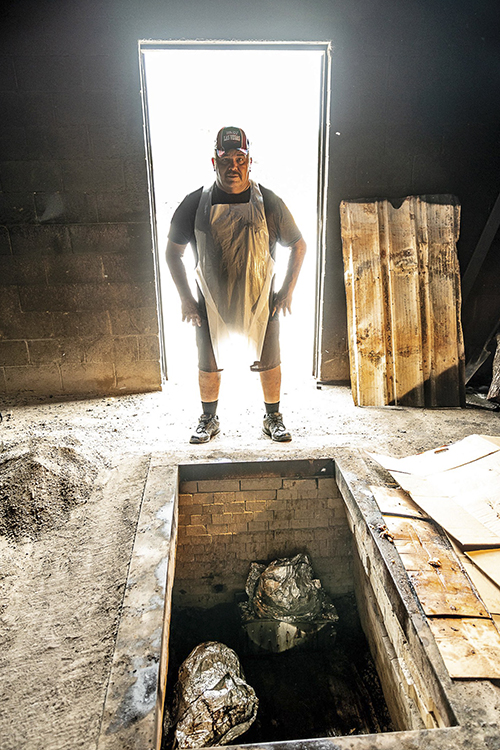 “My mom and my dad started the business in 1955, after my dad and his brother learned the process from a guy in Mexico,” says Armando. He is referring to slow-cooking cleaned and wrapped whole cow heads over mesquite coals in a brick-lined pit in the ground. Little has changed since Albert and Carmen Vera opened their operation in a rented space in the far southern tip of town, except for a move across the street in 1957 when they purchased their own property.

Those 65 years of quality service have made Vera’s Backyard Barbeque a local institution. As a bonus, because those years have been continuous, the restaurant retains a permit for their cooking method which codes today would not grant. By outlasting the very few outlets that still serve this delicacy (and primarily only on weekends), and with no new barbacoa establishments coming, Vera’s is becoming entirely unique not only in the Rio Grande Valley, but across Texas and the southwestern US.

Despite those changes in regulation, diners new to this cuisine can rest assured of a quality product at Vera’s. Beef heads are carefully washed and wrapped in foil before being stacked over coals in the pit, where they cook covered with a metal lid for eight hours. The finished product is meticulously trimmed and portioned into cachete (cheek), lengua (tongue), paladar (roof of mouth) and ojos (eyes, considered a delicacy). The rest is chopped and served as mixta.

Most orders are meat by the pound, presented as per tradition with a steaming paper-wrapped stack of corn tortillas, made fresh at a pair of local tortillerias. Toppings include chopped onions, cilantro, chile pequin, and classic pico de gallo, plus a selection of house-made salsas. There’s La Americana, “less than mild,” followed by The Original, a mild red. La Verde is a mild green sauce made from tomatillos, avocado, lime, green chiles, and cilantro. More adventuresome palates can choose La Picosa, spiced with habanero and chile de arbol.

Vera’s food philosophy is as straightforward as its menu. “We don’t serve anything we wouldn’t want to eat ourselves. The quality has to be there,” Armando explains. Since barbacoa is the star of their menu, they source beef heads from a trusted area slaughterhouse. Their tortillas are made only blocks away. Most sauce items can be found locally but fill-in items are as close as the neighborhood HEB. 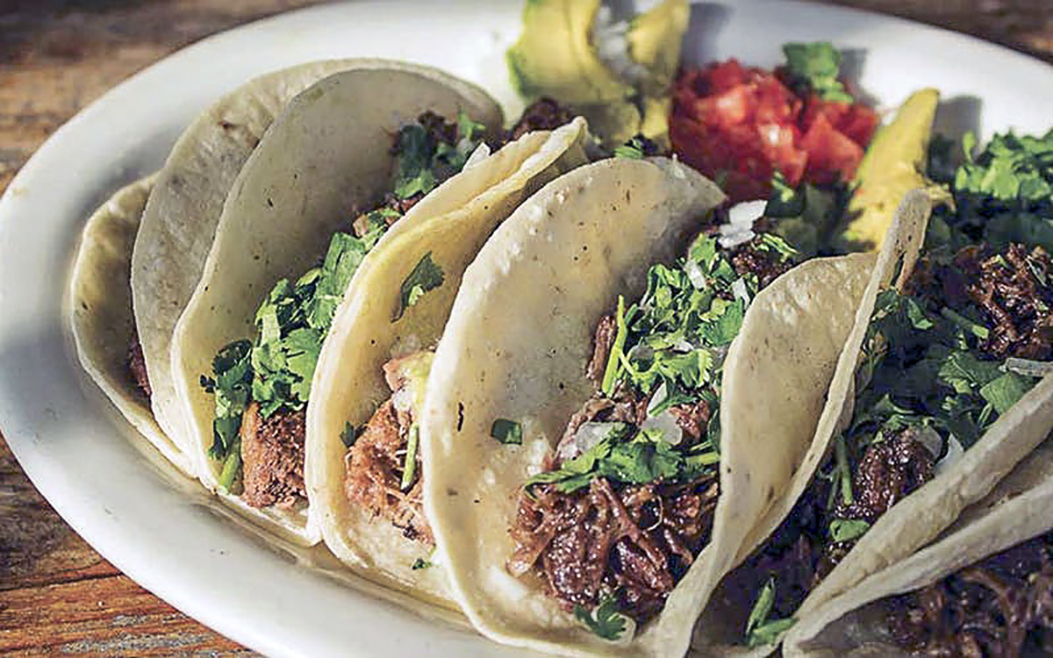 Those community ties are reflected in the venue itself. The unpretentious freestanding single-story frame structure suggests a single family residence. Seating inside is informal family style along wooden tables and around tile-topped patio sets. Posts on Vera’s Facebook page are written in the friendly voice of a neighbor advising on product availability, service changes, or the latest good news.

And that good news just keeps on coming. Vera’s was featured in a recent Rio Grande Valley tourist promotion by United Airlines, planned to be featured in more than 12,000 flights and viewed by more than 2 million passengers. Armando welcomes the publicity and heightened profile. “We’re seeing people come in from beyond our traditional cultural community,” he says. “It has definitely raised Anglo-Americans’ awareness, and increased our business and traffic.”

Armando is grateful for the attention and publicity but doesn’t let it change or distract him. “I started when I was fourteen, watching my parents and learning from them. This is what I know,” he says. He acknowledges his wife and trusted business partner Adela as a key part of his success, and maintains an humble faith. “I thank God every day for this. I’m just an instrument He has put here on this earth,” he adds.

After years in the business Armando is still going strong and has more to accomplish. “I’m 59, and I still feel good. I feel like I’ve got another ten years,” he reflects. Nevertheless he is thinking ahead on a succession plan, from options within his current employee pool.

Near term, Armando is considering a second location, with the same basic menu, to serve those beyond his current neighborhood. “For now it’s Brownsville, later maybe across the Valley,” he says. “But that’s in the future. First I’ve got to take care of Brownsville.”